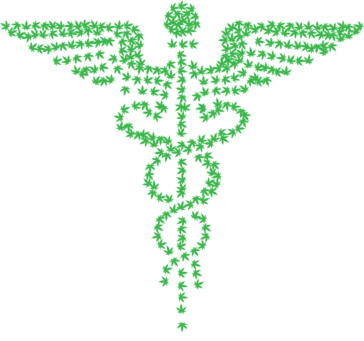 In 1996 California followed its maverick reputation and became the first state to approve – by direct vote of the citizens – the cultivation, possession, and use of marijuana for medicinal purposes.  It is so long ago that people do not remember that the recommendation or approval, not a prescription, does not have to be in writing.  They do not expire unless a doctor says so, and you do not have to carry it around with you.  Of course, most of that became passé when the voters passed Proposition 64, that allows for “adult use” (what everybody calls “recreational”) of cannabis, and allows people to possess it legally for personal use up to certain amounts. Contact a seasoned drug lawyer about medical marijuana vs. recreational marijuana.

So, is there actually a difference between medical cannabis and recreational cannabis? Do they not both come from the same plant and contain the same chemicals? Not necessarily. There are two basic kinds of cannabis that people use:  flower – the actual buds of the plant that are dried and smoked or vaporized, and concentrates – the extracted resins of the cannabis plant that are used in their basic form — hashish, wax, or oil – or various forms of edibles and topical treatments made from with the extracted resins. Both kinds of cannabis products do come from the same plant, but the end products are very different.

Even the flower is far different than what was being used by hippies in the 60’s. Back then, most cannabis was imported from Mexico and had a THC percentage – the actual psychoactive drug – of about 7%. Today, all California legal cannabis is grown in the state, primarily indoors, under conditions that produce far more potent products.  At most dispensaries, the best flower available has a minimum THC percentage of about 28%.

Also, most of us are now familiar with the oils that can have profound effects on health, often for children who have serious conditions such as epilepsy or autism. The more common active chemical – they are called “cannabinoids” – is CBD (cannabidiol) which is not psychoactive, but seems to replace missing endocannabinoids.

Generally, the medical benefits of cannabis are of three kinds. For people suffering pain, nausea, or other symptom-related conditions, using cannabis may be nothing more than a mild intoxicant that reduces pain, an analgesic. It is well known to enhance appetite and to relieve stomach distress, which can be vital to people with serious illnesses such as AIDS or who are undergoing chemotherapy. Cannabis, both ingested and used on the skin, can have anti-inflammatory effects that can assist in healing a variety of ailments.

Perhaps most promising, using cannabis can replace missing “endocannabinoids,” brain chemicals that were discovered in approximately 1988. Any chemical with the prefix “endo,” refers to a chemical produced by and within the body. Endorphins, endocrines, etc., are chemicals that our bodies produce because we need them. The same is true for endocannabinoids, which are produced in the brain and are essential to cell “signaling,” which is the electrochemical network by which our brain and nervous system cells communicate with one another. Without a sufficient supply of endocannabinoids, signaling does not work right, and people can have seizures (epilepsy) or misfiring cognitive functioning (autism.)  Using extracted cannabis oils which contain CBD, THC, terpenes, and other cannabinoids, can replace the missing endocannabinoids. Some researchers believe the same signaling treatments can interrupt the development of cancerous tumors.

When full legalization and licensing occur in California, medical products will be labeled with an “M,” and adult products will be labeled with an “A.” There will be no sales tax on medical products for people with a state I.D. card, which is not required for use, but will help on the cost. The producers of the medical concentrates, oils, topicals, and edibles, will charge high prices, and their products simply will not be attractive to adult users, who will want aromatic and potent concentrates and flower. The plant will be the same. The chemicals will be the same. But the end products will be very different. A knowledgeable defense attorney could help you understand medical marijuana vs. recreational marijuana.