What Should I Do If I Was Charged While Protesting? The Nieves Law Firm, APC 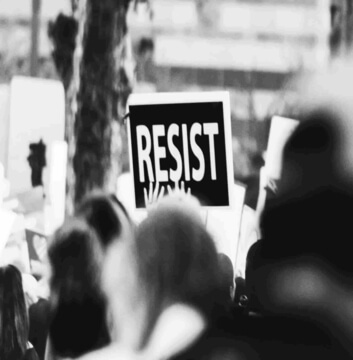 Across the United States, many individuals are expressing their First Amendment right to assemble in response to current events. In California, protests have occurred in multiple cities, including Los Angeles, San Diego, and Sacramento. As a result, some parts of California are reporting unprecedented levels of arrests. Due to this, many protestors across California and the United States are asking what they should do if they receive criminal charges while protesting.

What Should I Do While Being Arrested?

It may be critical to document important information during or shortly after your arrest. This may include obtaining badge numbers of the arresting officers, witness contact information, and documents relevant to your case. While you may be required to provide basic information to the arresting officer, such as your name or address, individuals have the right to remain silent while being arrested. Following an arrest, it may be in your best interest to contact an experienced criminal defense attorney.

What Types of Charges Could I Face?

Individuals may face misdemeanor or felony charges while protesting in California. Some common misdemeanor offenses protestors may face include unlawful assembly, failure to disperse, and disturbing the peace. Depending on the charge, a protestor may face a maximum fine of $1,000 and as much as 6 months in prison.

In more serious cases, protestors could face felony offenses, including charges for arson or attempted murder. Additionally, the penalties for some crimes may increase if they were committed against a police officer. For example, an individual charged with attempted murder against a law enforcement officer may face a mandatory minimum sentence of 15 years in prison.

Some crimes, such as assault or actions related to looting, may be charged as either a misdemeanor or felony depending on the severity of the crime. A knowledgeable  criminal defense attorney could evaluate your case and help determine the severity of your charge.

How an Experienced Criminal Defense Attorney Could Help

Misdemeanor or felony charges related to protesting in California can have significant consequences that can greatly impact your future. Some penalties include receiving a criminal record, heavy fines, or jail time. A compassionate defense attorney from the Nieves Law Firm could advise you on your rights and help guide you through your case. To talk to our trustworthy legal team, contact us today.