What Is Going To Happen In The First 72 Hours After I’ve Been Arrested On A Criminal Charge? 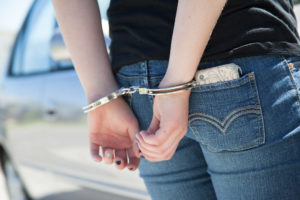 If you’ve been arrested, you will be taken down to the jail. You are probably going to sit in a holding cell for some time. You will be booked and fingerprinted, and you’ll be put into the system. Then you’ll have the opportunity to contact a bail bondsman once your bail has been set, or if you don’t get bailed out then you’ll be brought to court for your first appearance. At that first appearance, you’ll find out what the charges are that have been filed against you, whether or not the bail amount is increasing or decreasing, or if you are going to be released on your own recognizance. Another thing to consider sometimes is that if you are brought to court, and charges have not been filed against you within that timeframe, you’ll be released from custody. This is because, as an Oakland criminal lawyer can explain, there is a specific time frame that the District Attorney has to bring charges against you if you are in custody.

If you are arrested during the week, the DA has 48 hours (and up to the next continuing morning if you are arrested after hours) to file charges. If you are arrested on the weekend, they have 72 hours, not including Sunday, to charge you with the crime. If they don’t do it within the time limits, then you will be released from custody. This doesn’t mean that charges won’t ever get filed – this just means that they weren’t prepared to file them right at that moment and they have until the statute of limitations expires to send you notice in the mail or issue an arrest warrant at a later time if they do decide to proceed. The statute of limitations for most misdemeanors is 1 year and 3 years for most lower-level felonies. There is no statute of limitations on murder. A dedicated attorney could further explain what to expect under these circumstances. Call today to learn more.