A fraud conviction, whether a felony or a misdemeanor, can be detrimental to your future. Not only are you facing the possibility of jail time and fines, but a conviction could also negatively impact your employment opportunities, your immigration status, and your professional license(s). If you are facing fraud charges, you should contact an attorney as soon as possible to learn about your options. En Español. 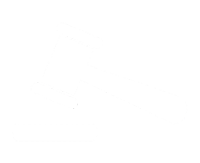 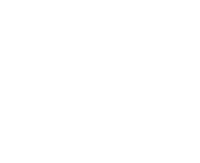 Understanding of Your Unique Situation 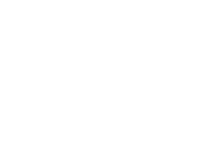 Sometimes, fraud allegations arise out of simple mistakes, from someone trying to gain an advantage, or at times from more dubious and intentional efforts to obtain ill-gotten gains. Whether the fraud allegations stem from surprising allegations or from known conduct that caught up to the individual accused, the potential penalties for a conviction can be extremely harsh in either circumstance.

Many allegations of fraud are charged under the State of California’s theft statutes, while others are charged as allegations of forgery. Either way, fraud charges can be complex and have myriad potential penalties, ranging from monetary fines to years in prison.

No matter the form of fraud that you are facing (embezzlement, insurance fraud, welfare fraud, worker’s compensation fraud, false personation, forgery, etc.) an Oakland fraud lawyer at The Nieves Law Firm can help. One of our dedicated attorneys can listen to your side of the story and work to form a defense that best fits your personal needs and the facts of the case while considering your goals an concerns alongside the legal deficiencies and weaknesses in the case.

Schedule a Consult & Learn About your Options

Different Ways You Can Commit Fraud in California

Fraud is a general term that covers a variety of acts that are intended to deceive another person or party in attempt to gain a benefit or cause a loss to the other person/party. In essence, any act of fraud occurs when one person purposely lies about or withholds information from another person or entity for their own personal gain. No matter the type of fraud you are being charged with, it is important that you work with a skilled Oakland fraud attorney. A fraud lawyer in Oakland can work to find a favorable plea agreement or get the charges dismissed altogether. If you are facing fraud charges, contact our team today to schedule a free consultation.

In Oakland, and throughout California, there are a large number of crimes that are considered fraud. As stated above, there are four different ways a person can commit fraud. However, there are dozens of crimes in California that constitute fraud. Some of the most common include:

Fraud is a broad crime that encompasses countless activities and the above list is not an exhaustive list of all the fraud crimes in California. If you have been charged with any of the violations listed above, or any other form of fraud, it is important that you speak with a fraud lawyer in Oakland. Contact The Nieves Law Firm today to schedule a free consultation with a member of our team and learn more about the specific charges you are facing.

Why Trust The Nieves Law Firm with Your Fraud Charges?

Why should you trust The Nieves Law Firm with your legal problems? Our Oakland fraud attorneys take a vested interest in our clients and their cases. When you work with The Nieves Law Firm, we truly care about you and your goals. We know what a good outcome looks like, and we are always looking for the best resolution possible for every client we represent. We love to win. We can’t guarantee any outcome in your case, but we’ve litigated hundreds of cases and have been successful filing motions related to suppressing evidence and the general reduction of charges. We’re not afraid to take a case to a jury trial, evidenced by the number of cases we have won at trial. One of the first things we ask you when conducting our initial consultation is what your plans are for the future. Why? We want to find a legal solution that is not only tailored to your case, but also your future life goals. But you don’t have to just take our word for it. Below are some reviews from clients we represented in the past.

“I’m at a loss for words to express how grateful I am for The Nieves Law Firm (for me that’s very rare)! They gave me my life back and made it a thoughtless, stress-free process. They are simply THE BEST!!!! Do yourself a favor and choose The Nieves Law Firm!”

“In my line of work, I have come across several types of attorneys. Jo-Anna is by far the best lawyer I have encountered. Her team took the time to answer my questions, negotiate the best deal, and they made every effort to show that they actually cared about their clients.”

“I recently sought legal services and guidance from The Nieves Law Firm, and I have nothing but great things to say. Highly recommend working with them if you want the best outcome. 100% would use their services again in the future! Thank you for taking care of me!!!”

Recognized for Our Legal Work By 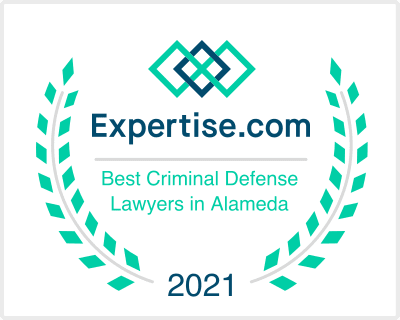 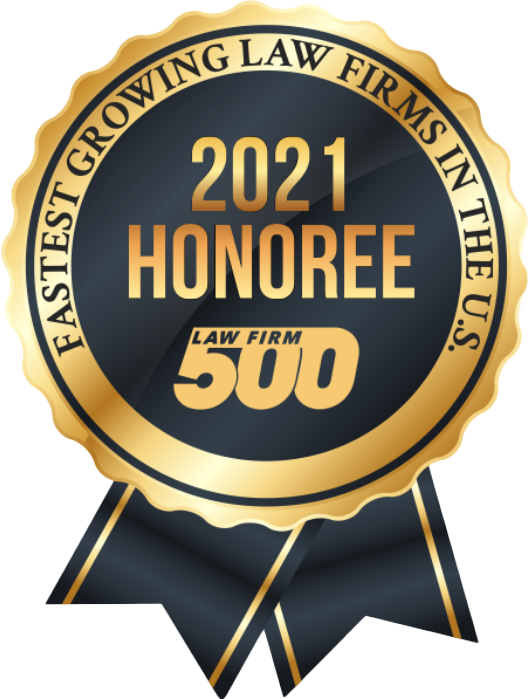 Is Fraud a Misdemeanor or Felony in California?

Depending on the specific circumstances that led to your fraud charges, you may be facing either a misdemeanor or a felony. The penalties for fraud offenses vary widely. Some lead to automatic felony charges while others are considered “wobblers,” meaning they can be charged as either a felony or a misdemeanor.

For the most part, Oakland courts treat allegations of fraud as instances of larceny. According to California Penal Code §484, it is illegal for any person to steal the property of another. Included within this definition is the concept of theft by fraud. One of the first things to look at when determining the penalties you will be facing for a fraud related theft charge is determining the value of goods allegedly taken. Most allegations of theft by fraud are punished according to the monetary value of the items or property allegedly taken. Typically, there is a $950 threshold for most fraud related theft charges. This means the penalties for a fraud related theft charge increase greatly if the property taken is valued over $950. For most fraud crimes resulting in theft valued under $950, the case may be charged as petty theft. A conviction here could be punished by no more than six months in jail and a fine of up to $1,000. If the value of the items exceeds $950, the defendant could be charged with grand theft instead. This increases the potential penalties to a maximum of one year in jail. If grand theft is considered a felony, then the penalties would increase to up to 3 years in state prison and a maximum fine of $10,000.

Other fraud charges may have more severe penalties especially depending on the type of fraud committed. To learn more about the exact penalties you are facing, contact an Oakland fraud attorney on our team to schedule a free consultation.

It is important to remember that in any fraud case, just like all criminal cases, you are considered innocent until proven guilty. We know it may feel like your life is falling apart the moment charges are filed against you, but you do have the opportunity to contest the charges in the court of law. At The Nieves Law Firm, we’ve represented many clients facing fraud or fraud-related criminal charges. We know how to fight these allegations and work to find a favorable outcome for our clients.

Listed below are some of the most common defenses to fraud charges in Oakland:

There are many other defenses your attorney can use in your case that are not listed above, but these are some of the most common defenses to fraud charges. If you’re facing fraud charges and you would like to learn more about your options, contact a fraud lawyer at The Nieves Law Firm to schedule a free consultation.

How We Help with Your Fraud Charges 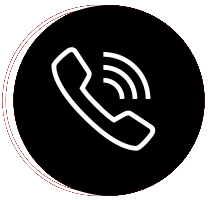 Give us a call or contact us online so we can get general information about you and your charges to schedule a meeting. 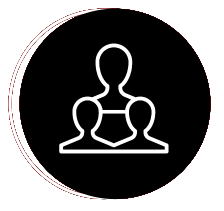 Schedule a meeting with our team so we can determine the best plan to address your legal problems. 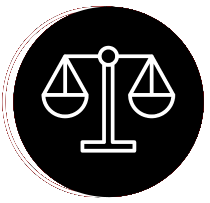 Take Back Your Life

We help you solve your legal problems so you can focus your energy on what’s most important to you.

Multiple Felony Counts of Insurance Fraud
Deferred Entry of Judgment / Case Dismissed
Client was accused misrepresenting the date of damages to a car insurance company after securing insurance. Client was subsequently charged with multiple felony counts of insurance fraud. The Nieves Law Firm maintained that what was perceived as deception by the insurance company was a simple mistake made by the client. The case was ultimately resolved with a deferred entry of judgement, meaning the case was dismissed after the client completed the agreed upon terms and stayed free of any new arrests or convictions.
Precharging Felony Fraud
Pled to Accessory After the Fact
Client hired The Nieves Law Firm because they believed they were going to be charged with felony fraud in the near future based on conversations with their accountant. Our attorneys negotiated with the District Attorney while retaining our client’s anonymity. We were able to resolve the issue with our client pleading to a misdemeanor PC 32 accessory after the fact offense with one year of probation, avoiding felony charges and the serious immigration consequences associated with a fraud conviction
Felony Insurance Fraud (PC 550(a)(1) & PC 550(b)(1))
Plead to Accessory After the Fact
Client was charged with 2 counts of insurance fraud related to Penal Code 550 in Marin County. Our attorneys were able to negotiate a favorable plea agreement with the prosecuting attorney. The client entered a plea to a PC 32 with deferred judgment. Once the client completes the necessary steps of their deferred judgment, their case will be dismissed. No jail or prison time was served.
4 Felony Counts of Fraud, Misrepresentation, & Perjury
Case Dismissed
Client was accused by the state welfare department of 4 felony counts of fraud, including misrepresentation and perjury. The potential penalties were severe, including immigration consequences and possible deportation. The Nieves Law Firm was able to negotiate a disposition where the client attended a theft class which resulted in a dismissal of the criminal case and no impact on their immigration status.

How a Fraud Lawyer in Oakland Can Help

Allegations of fraud in Oakland’s criminal courts are always a cause for concern. Whether the charges are pursued by the prosecutor as examples of petty theft, forgery, or any other example of criminal fraud, the potential punishments of a conviction can be severe. Even misdemeanor-level offenses could result in jail time and fines on top of an order to repay whatever money or property was illegally gained.

Our attorneys work to examine the prosecution’s case for weaknesses, conduct an independent investigation, and prepare a defense that will sway the prosecutor in our direction or persuade a jury to find the client not guilty of the offense. Contact us today to see how we can help you with your fraud charges.