When is Stealing From Someone a Robbery and When is it Theft? 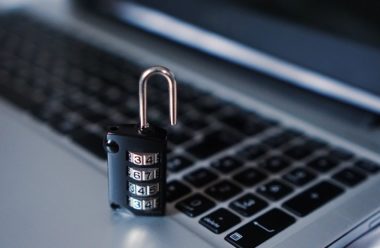 Two similar situations. Two similar sets of facts. But two different crimes committed, and two very different outcomes. Let’s examine the difference between the crimes of robbery and theft from a person.

Scenario Number One: a woman is seated on a bus reading a book, her purse in her lap. As the bus pulls up to a bus stop, a fellow passenger on the bus suddenly runs up to the woman, grabs the purse off her lap, and runs off the bus.

Scenario Number Two: a woman is seated on a bus reading a book, her purse in her lap. As the bus pulls up to a bus stop, a fellow passenger on the bus suddenly runs up to the woman, pushes her shoulder, grabs the purse off her lap, and runs off the bus.

Grand theft is defined as the unlawful taking of property from the person of another. It is a “wobbler” offense, meaning it can be charged by the prosecutor as either a misdemeanor or a felony, depending on circumstances such as the value of the property taken, and the prior criminal history of the person charged. If it is charged as a misdemeanor, the maximum penalty is up to a year in the county jail and a $1,000 fine. If charged as a felony, the maximum penalty is 3 years in prison. However, even if charged as a felony, it is not a “strike” offense.

The crime of robbery is defined as the unlawful taking of property from the person of another by force or threat of force. The critical factual difference between grand theft and robbery, therefore, is the presence of force or threat of force used in the taking of property. The force used can be minor, as in the bus example above, where the suspect simply pushed the woman to distract her or prevent her from resisting. Fear means fear of injury to the person himself or herself, or injury to the person’s family or property, or immediate injury to anyone else present during the incident. More important than the factual distinctions between the two crimes, though, is the punishment. Robbery is punishable by up to 5 years in state prison and is a “strike” offense. It can never be charged as a misdemeanor, even if the property taken has little value, the victim was not injured, or the person charged has no prior criminal history. The punishment is even higher if the robbery is committed in someone’s home, when the victim is using (or has just finished using) an ATM machine, or the victim is a driver or passenger of a bus, taxi, streetcar, or other vehicle used to transport people. In those instances, the maximum punishment goes up to 9 years in prison.

A person charged with grand theft or robbery may have valid defenses they are not aware of, which is why it is critical an attorney is contacted as soon as an arrest has been made and charges are filed. In some instances, an attorney may be successful in having a robbery charged reduced to a grand theft charge or have the charged dismissed in its entirety.

The experienced attorneys at The Nieves Law Firm have successfully defended various theft crimes in Oakland – Alameda County and the surrounding Bay Area. From petty theft to grand theft to robbery and burglary our skilled attorneys can strategize and plan for the best defense based on your specific circumstances. Call our office today to speak with our experienced staff!